1987 was a weird year for me personally and artistically. I started the year in Manhattan and by the summer I was living on a cove across Puget Sound from Seattle on the opposite side of the continent. And along with me was Lisa, the woman I fell in love with in New York. We both wanted to leave Manhattan. She grew up there but wanted to see something else. And I wanted to get back to Taiwan. Seattle was at least in the right direction.

Back then, Seattle was not the city it became over the next 30 years. And I must say, it has been fun to be part of that transition. While my original intent was to move back to Taiwan, I never left primarily because Seattle kept giving me time and space to develop my art. It also gave me a loving and supportive audience for my work on so many levels. The only thing it didn’t provide and which I never achieved so far was any higher level recognition for my work nor remuneration on a level any where near the level of my work.

But I was still in my mid-late 20’s when I arrived here and fresh from living in Taiwan and then Manhattan for several years. I was so ready to sit down in a place I could afford and just make art… lots of art. The duplex on the mud flat in Indianola cove gave me exactly what I needed.

1997 was a little sparse as I spent most of the year relocating and resolving my relationship with Lisa. We loved each other but she discovered she just wasn’t ready to leave the city and I was most certainly not going back. I remember how painful that breakup was but how necessary it was too.

These 2 drawing/paintings convey our youth. And they convey how much I saw us as almost twins. We look like young flowers dipped in dread, thin and cheerful yet black and red and seemingly on the leading edge of a forest fire. 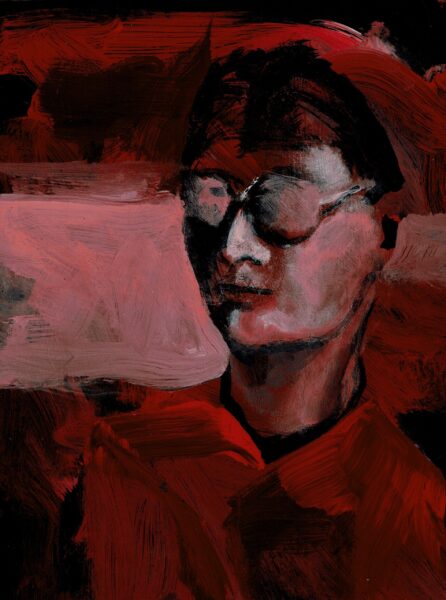 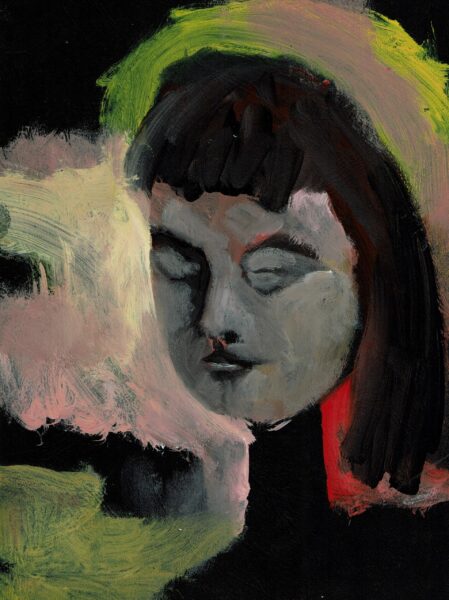 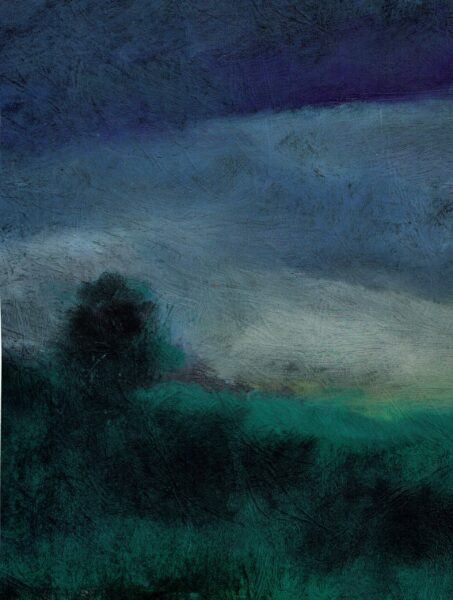 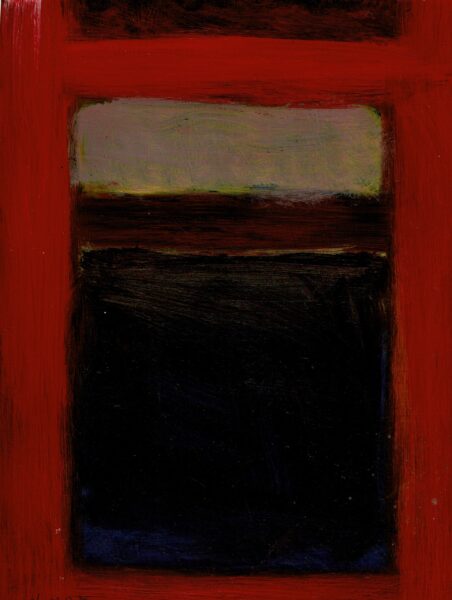 This isn’t exactly a copy of a Mark Rothko but it might as well be.  In 1986 and 1987 I was studying this artist very deeply. I wanted to absorb everything I could from this late abstract expressionist who was at the peek of his career and notoriety in the 1950’s. The quiet combination of order and oceanic spirituality was a clue for my own efforts to contain and express all the Western and Eastern art I had been absorbing and which I saw happening in American culture. I did countless little “rothkoesque” paintings around this time.    And even though this is arguably a painting, not a drawing, I include it in this section because like a lot of drawings it is a small work in which I was working out the most fundamental aspects of my artistic efforts. It is not so much a preparatory work for a larger work as it is an effort to figure out how I wanted to make a painting in the first place before making bigger paintings. 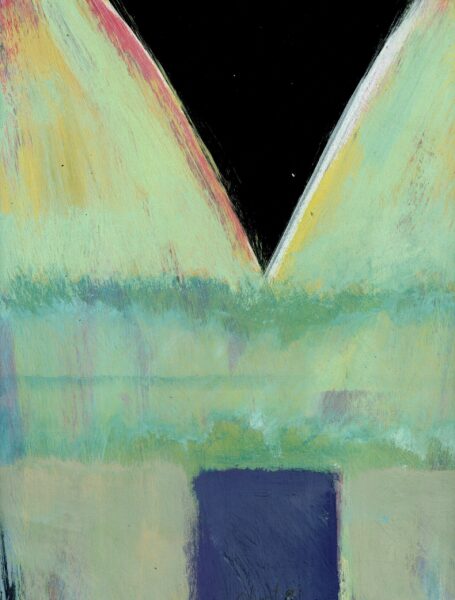 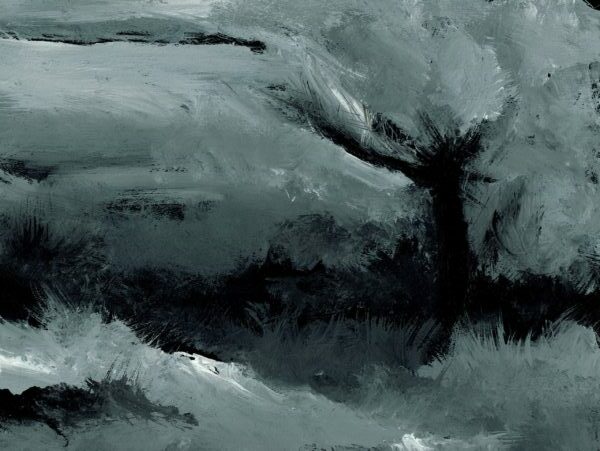 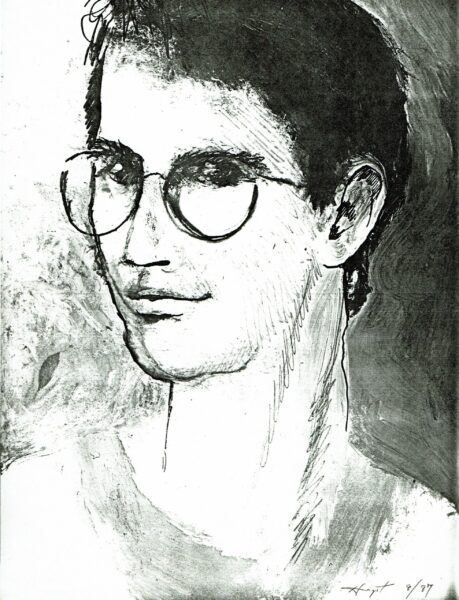