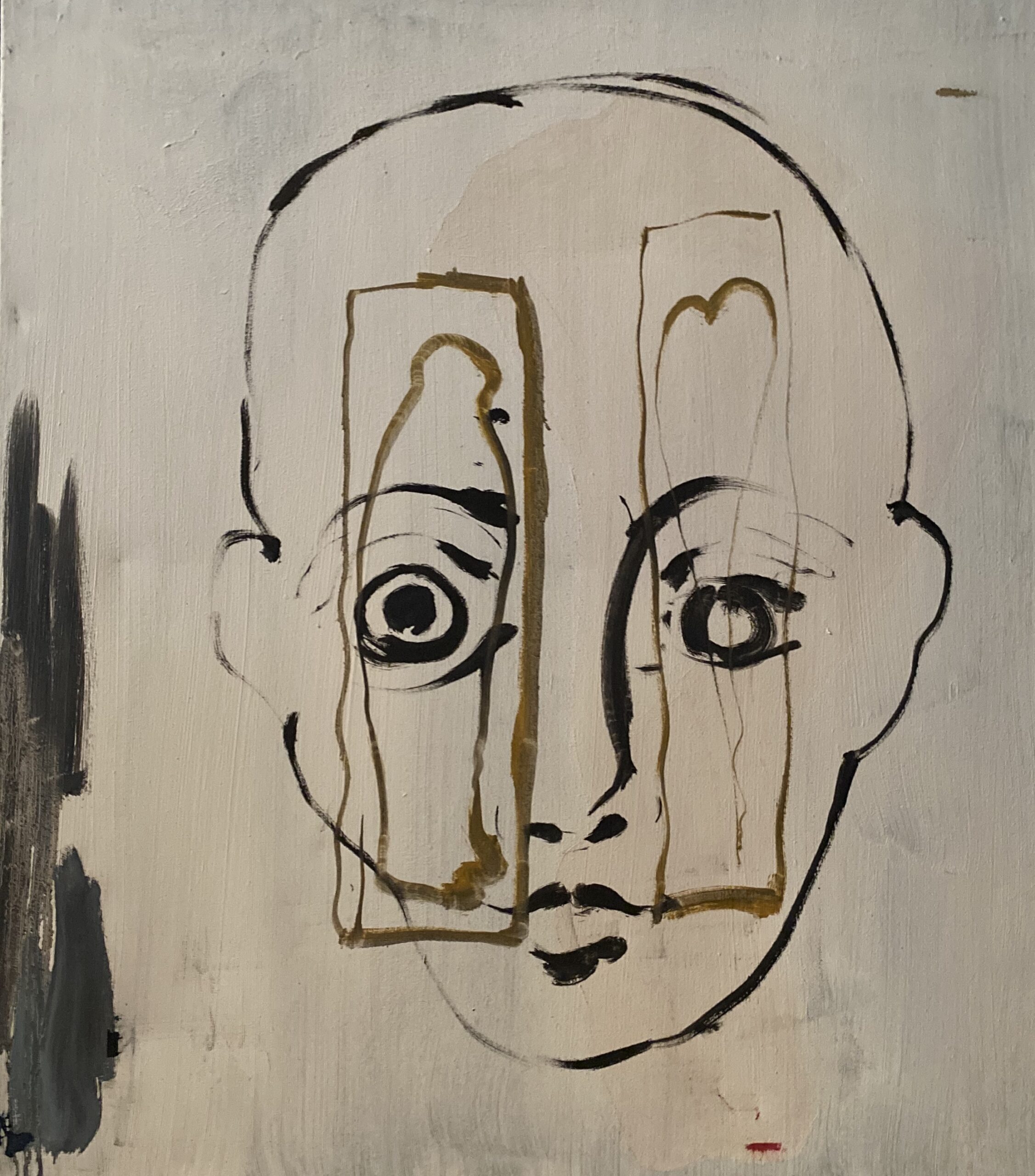 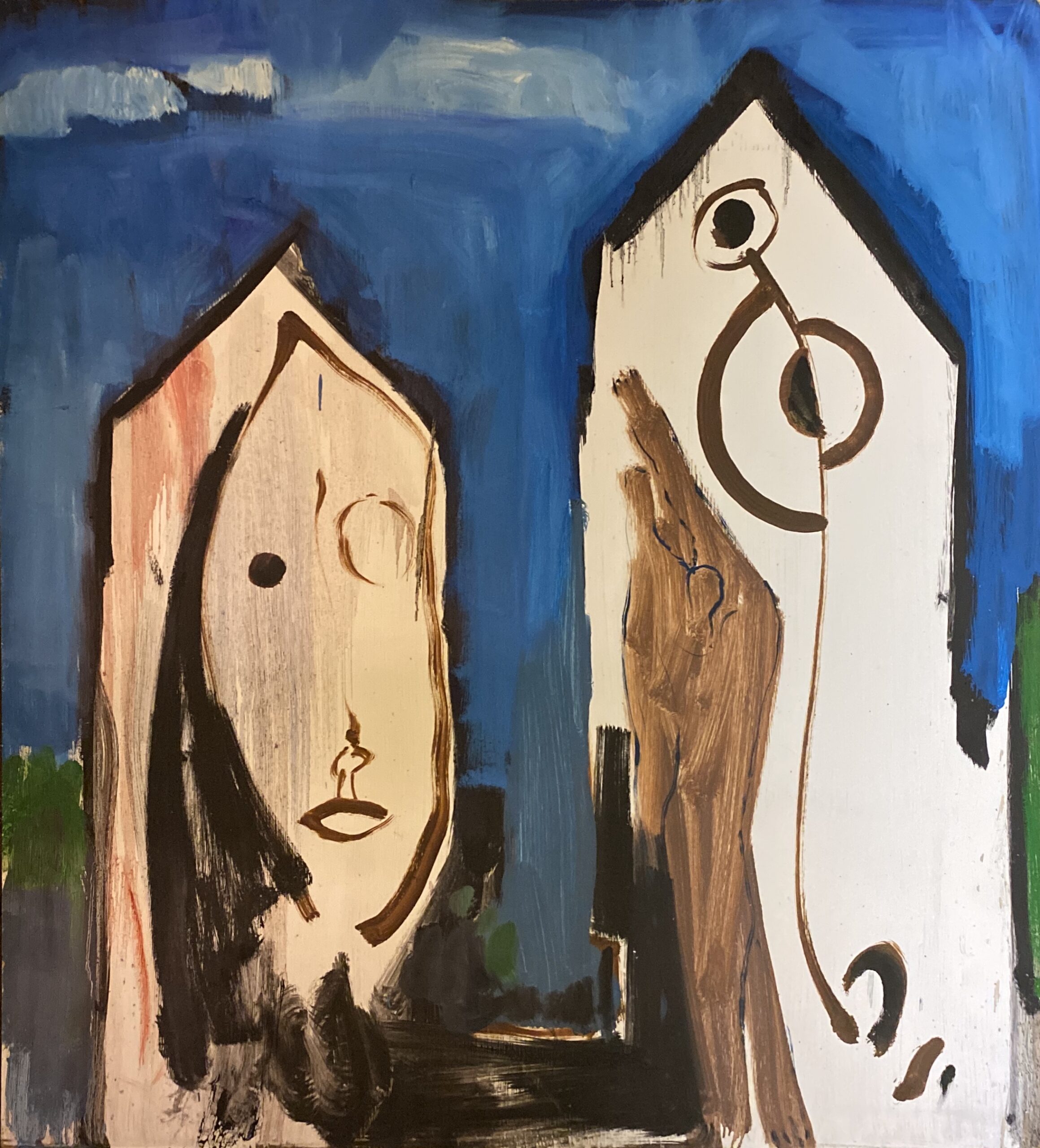 “Leopold As Clown”
Oil/Panel
40″ x 30”
2010
Leopold is Peter’s stage name. He is a dear friend who was originally a patron at the Little Red Studio. He had his own reasons for falling in love with the studio. He is a dentist by profession but he is passionate about costuming, fetish wear, and cross dressing. He is beautiful, old, physically fit and very committed to his craft. It is a secret world for him, a world that brings him a lot of joy. One day I sketched him very quickly in oil and then quit. The whole painting took about one hour but it is one of my favorite paintings of him. I have done many paintings of him in costume and just simply sitting in my studio. They are all done from life. I have never done a painting of Leopold from photos. 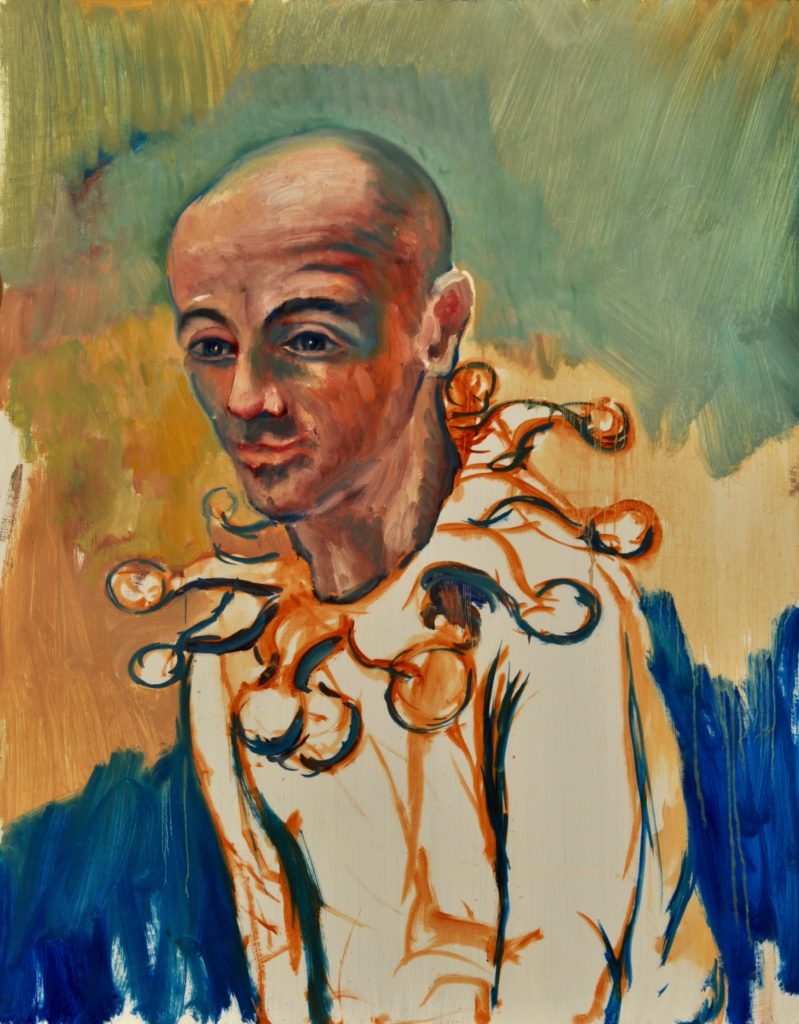 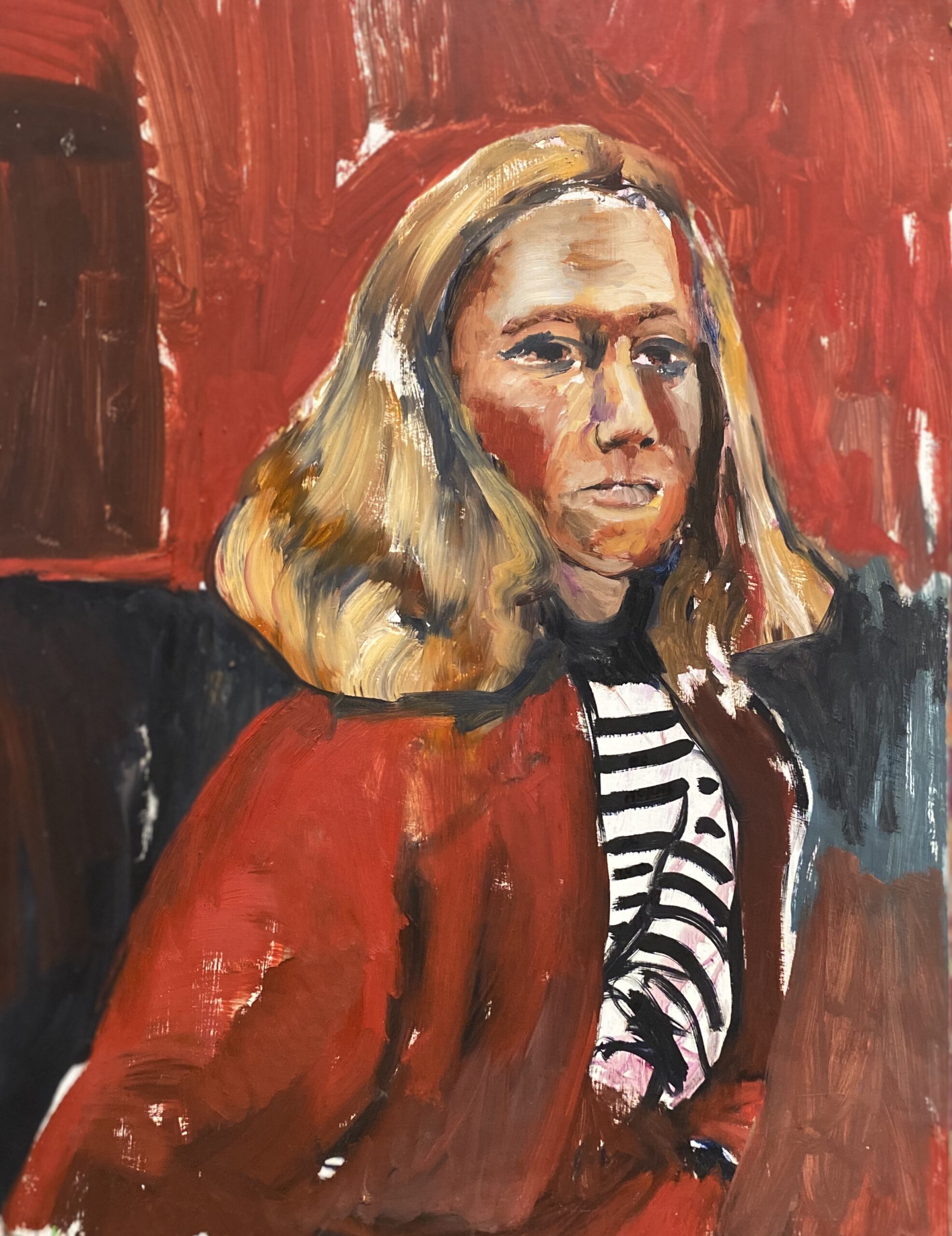 This piece was done shortly after my girlfriend had inadvertently revealed was she was having a sexual relationship with another man. I won’t describe it as cheating, per se, because we were in an open relationship. Both of us had other lovers and were open about it. However, we told each other about those connections and even laughed at each other’s trials and tribulations. The implication was that these were all relatively superficial connections.

My girlfriend had warned me that the medication she took as part of her health regimen to mitigate her anxiety and help her sleep would sometimes produce a narcoleptic state where she would appear awake but was in fact asleep. Well, it happened one night. After preparing for bed we got to talking at the kitchen table. At some point it was apparent that she was not entirely awake or aware of her surroundings but was sitting at the table talking… to me. Except that to her I was somebody else.  And his name did not match with any of the men she told me she had been with. I asked her some questions about Jeff in order to explore this strange rabbit hole that had opened. It became apparent that she no longer wanted to be involved with Jeff and that she was not sure how to bring that relationship to a close.

After that I helped her into bed. Got dressed and went home. The following day I ended things in as civilized a manner as I could and then went to my studio and painted this. I also created a multi panel piece which you can see in the cabinet section of this website. That piece is entitled “Ambien Daze” in honor of the medication that had loosened her tongue. 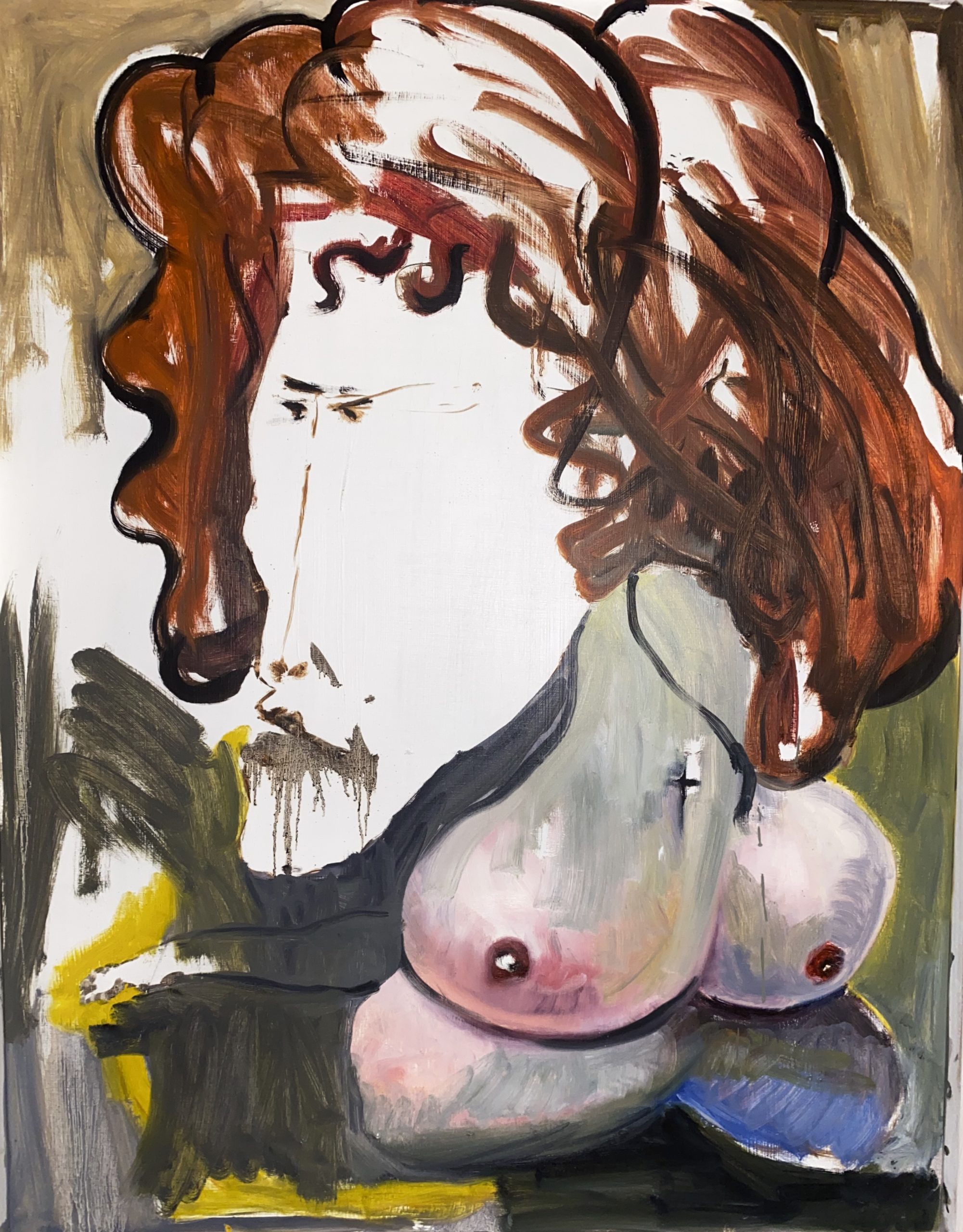