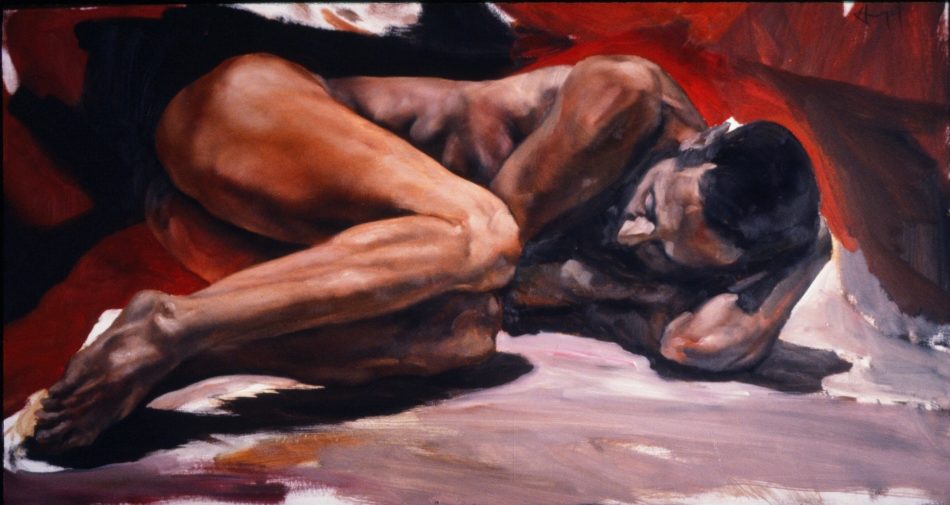 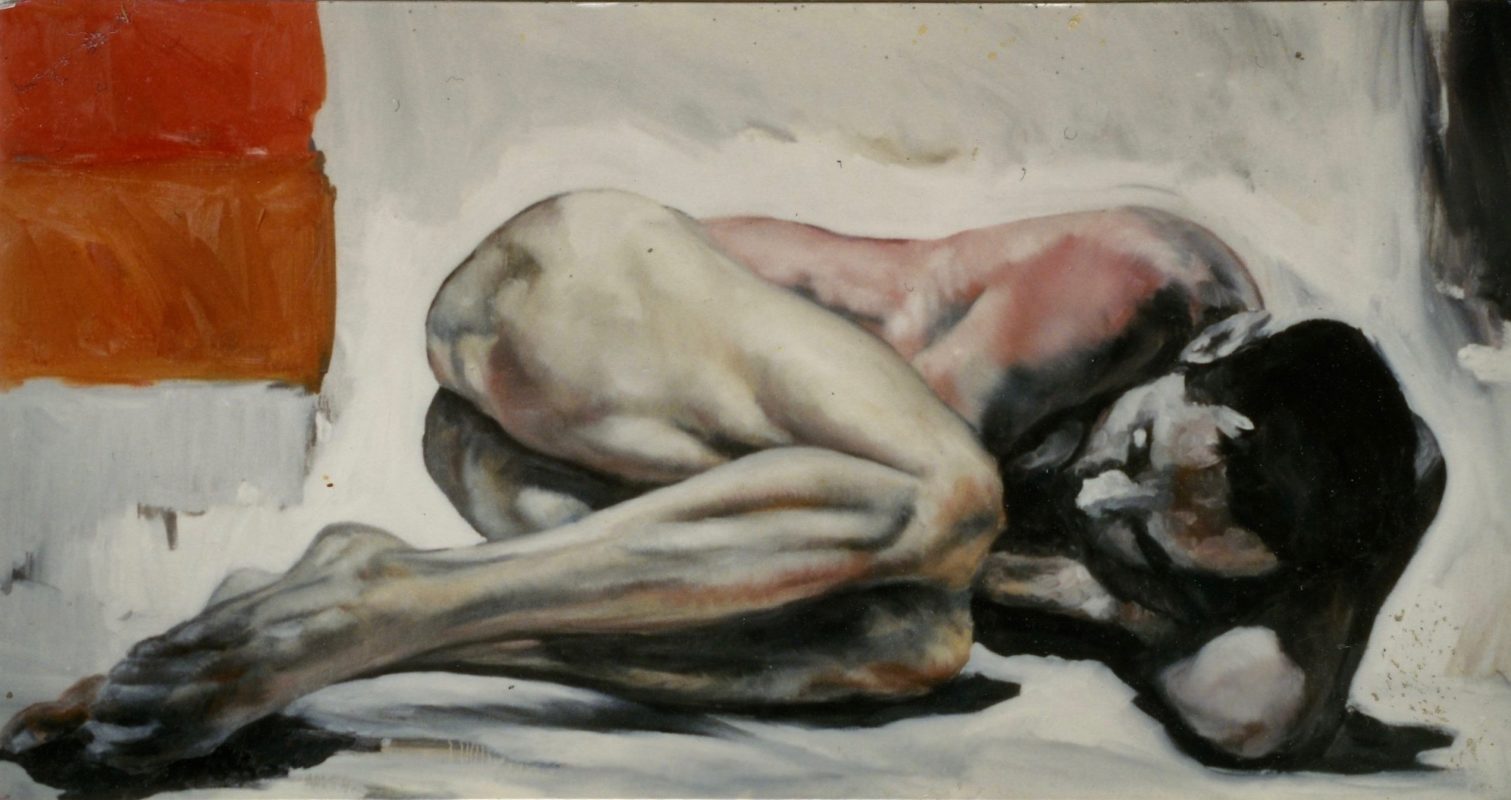 Mark was one of the men I met through Richard Jessup. They were both principle dancers at Spectrum Dance company, a Seattle dance company specializing in modern and jazz styles of dance. Mark and several other members of the Troupe were willing models for me from 1995 to 2000. Since they were dancers they had bodies that were uniquely fit without being overblown or overdeveloped the way people get if they simply lift weights and take steroids.

It was through my work with Mark and Richard that I evolved my interest in presenting the figure more as a sculptural presence than of a person or personality. It wasn’t long before these paintings that I had figured out how to take my own photos of the model and how to pose them the way I wanted. These dancers were ideal in that they knew how to move and they understood the power of line.

Most of my works at this time involved tightly enclosed poses like this one. They allowed me to focus on the figure’s sculptural forms rather than the individual personalities of my models. And they usually suggested that something was going on for the model beyond simply posing for an artist.